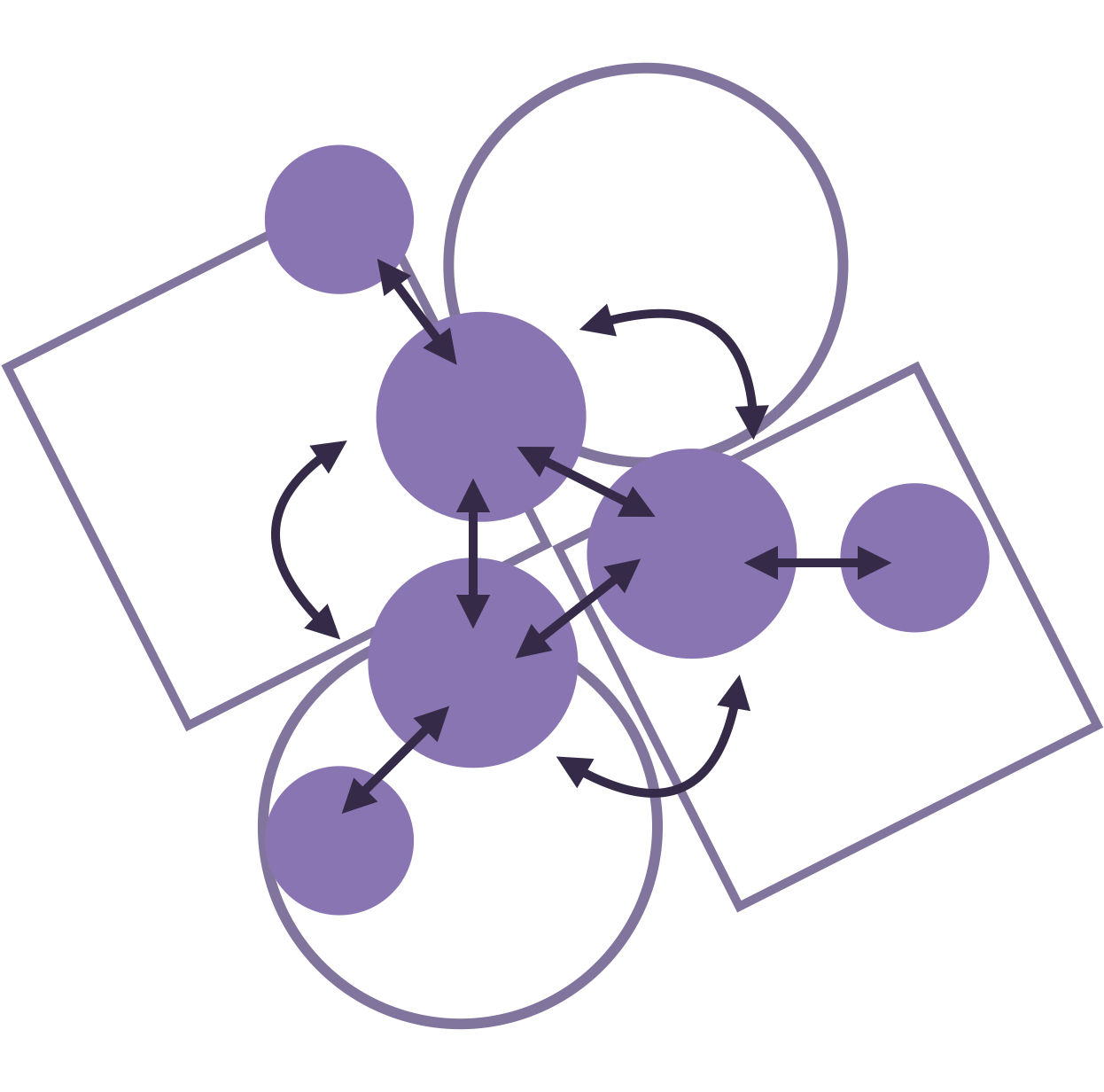 The open workshop model assumes that everyone who participates can contribute to creating an effective and fun learning experience – in fact everything we do is a creation of all of the participants. This is analogous to open source at its best. Bridge communities are structured with a strong core and many more contributors.

The majority of volunteers are working software developers, sharing their joy of coding. We also have incredible volunteers who come from all different kinds of jobs and everyone helps with all different aspects of community making.

Ten years ago, we didn’t expect to create a global movement. Approximately 200 software developers attended Golden Gate Ruby Con 2009. Six of them were women. Two of them were named Sarah. They teamed up to change their local community, and using open source and agile techniques, the workshop model evolved as a creation of many people who worked together to make those first workshops happen (and it’s still evolving).

Sarah Mei once referred to the process as Xtreme Community. Create the right kinds of events, outreach to the people you want to include, set goals: focus on something you can fix! Approximately 200 software developers attended Golden Gate Ruby Con 2009. Six of them were women. Two of them were named Sarah.

In 2009, almost 30% of software developers in general were women, versus about 3% in open source, which is exactly what Sarah Mei and Sarah Allen experienced in the San Francisco Ruby community. They decided to change that by offering a free workshop to teach Ruby on Rails to other women. They estimated that if they could teach 10-20 women per month and 10% stayed in the community, it would triple the number of women in the community to 20% women in a year.

The first workshop was intended to have a maximum of 40 students, but after two tweets and one mailing list post, there was a waiting list. Orange Labs offered their large office space with 8 conference rooms. By enlisting men as well as women to teach and TA, we were able to expand the capacity – 62 students participated in an overwhelmingly successful first event along with 10 teachers and a dad who volunteered to supervise the kids play area … and the pattern for open source workshops was established.

“We don’t just want to get more women into the Rails community in the Bay Area. We’re actually way more ambitious than that. We want want to make programming accessible to people all over the world.” – Rachel Myers, Starfish > Spiders

With enthusiastic support of more teachers and students who returned to help volunteer, we hosted workshops for about 50 students every other month – in between were regularly scheduled meetups with tech talks and hack nights. In less than 6 months, we were on track to meeting our goal with 18% women at the regular SF Ruby Meetup events. Additionally, we noticed other significant impact on our local community: more meetup events, more events targeted at less experienced engineers and more experienced women Ruby developers coming to events. By the end of 2009, via travelling Sarahs, we had held workshops in Hawaii and Cambridge, Massachusetts.

As a way to capture how we organized workshops and pass on the knowledge, we wrote a cookbook for new organizers, but most organizers learn by first volunteering as part of the community.

In the subsequent years, the number of workshops doubled each year, and also inspired other communities and organizations. In 2013, RailsBridge renamed itself Bridge Foundry, reflecting that the open source workshop approach was being used by groups for many different technologies. In 2014, ClojureBridge and MobileBridge were formed, each focused on separate technologies, in Summer 2015, GoBridge started with several workshops, an online forum, and an innovative partner program and in 2016 ScalaBridge, RustBridge, ElixirBridge and ElmBridge gathered volunteers to create open source curricula and teach free outreach workshops.

Today, Bridges teach workshops, introduce participants to open source, teach ongoing courses and constantly invent new ways to support and encourage diversity in the technology industry. Volunteers in 88 cities across 16 countries have been inspired to create diverse and inclusive communities and contribute to building a future where diversity and respect are the norm.

Love technology? Want to build your own *Bridge? Start here. 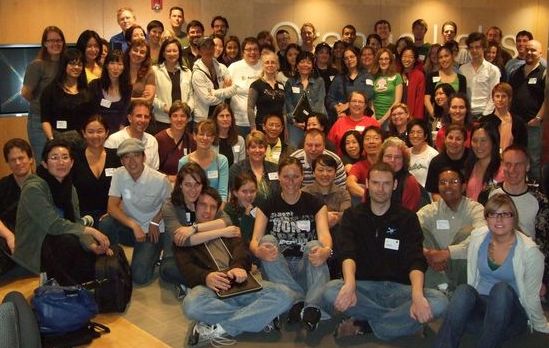 We’re trying to identify everyone in this picture from the first workshop. Were you there?